Skin damage due to light exposure, acne vulgaris as a young adult, and aging results in the thinning of the dermis and epidermis, changes in skin texture, acne scars, wrinkles, and vascular and pigmentation changes. Symptoms of aging and photodamage, such as wrinkles, are associated with reduced collagen and elastin levels in the dermis. Ablative lasers, such as carbon dioxide lasers, have been used on the skin for a long time. They produce thermal damage to both the epidermis and dermis. The damage to the epidermis allows thermolysis of the deeper layers of the dermis and results in the production of collagen and elastin. These ablative laser treatments, however, have a long social downtime and are associated with the risk of hyperpigmentation and infections. Ablative fractional resurfacing can decrease downtime and complications, however, the need for multi-pass treatment may result in increased downtime. 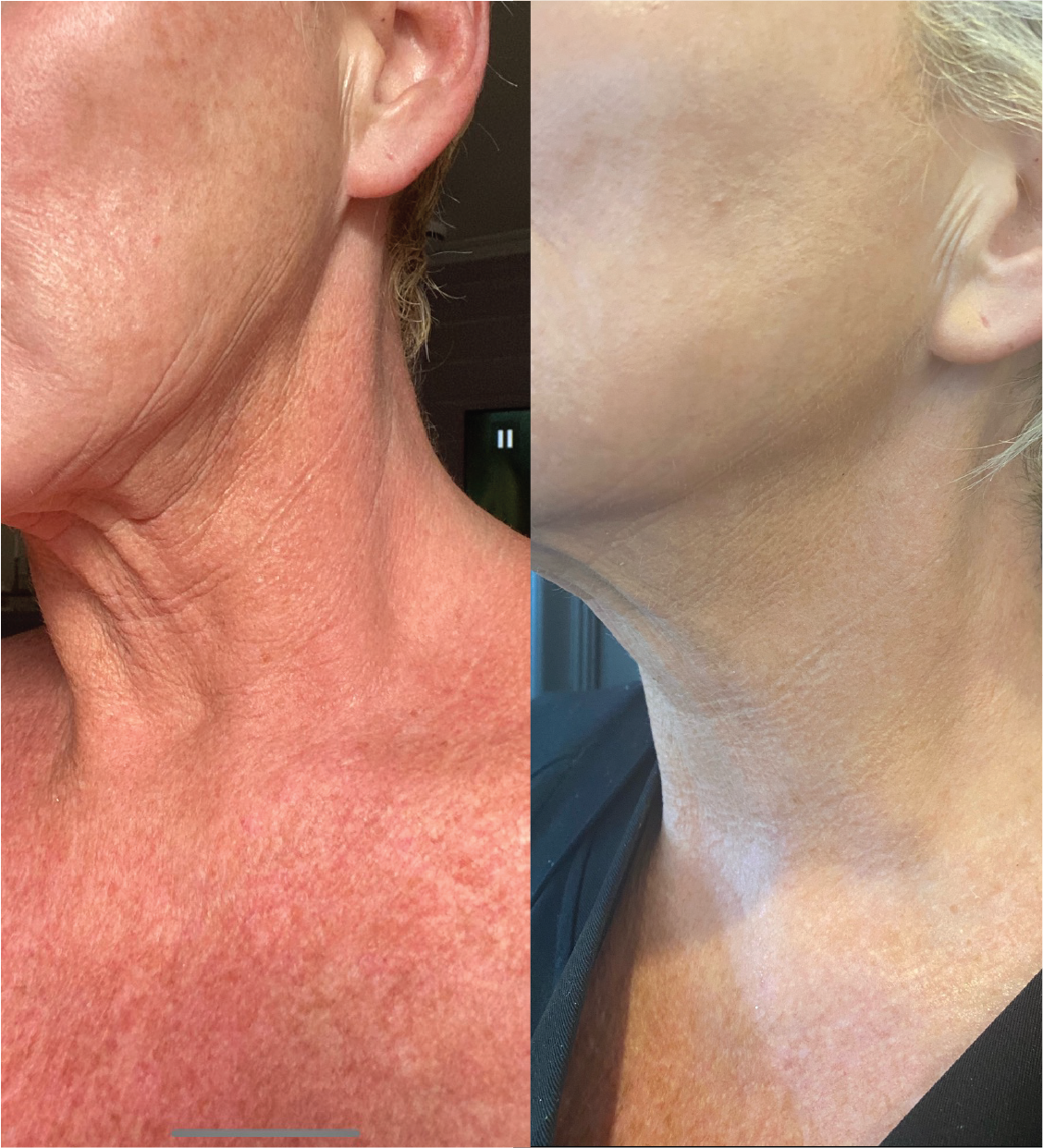